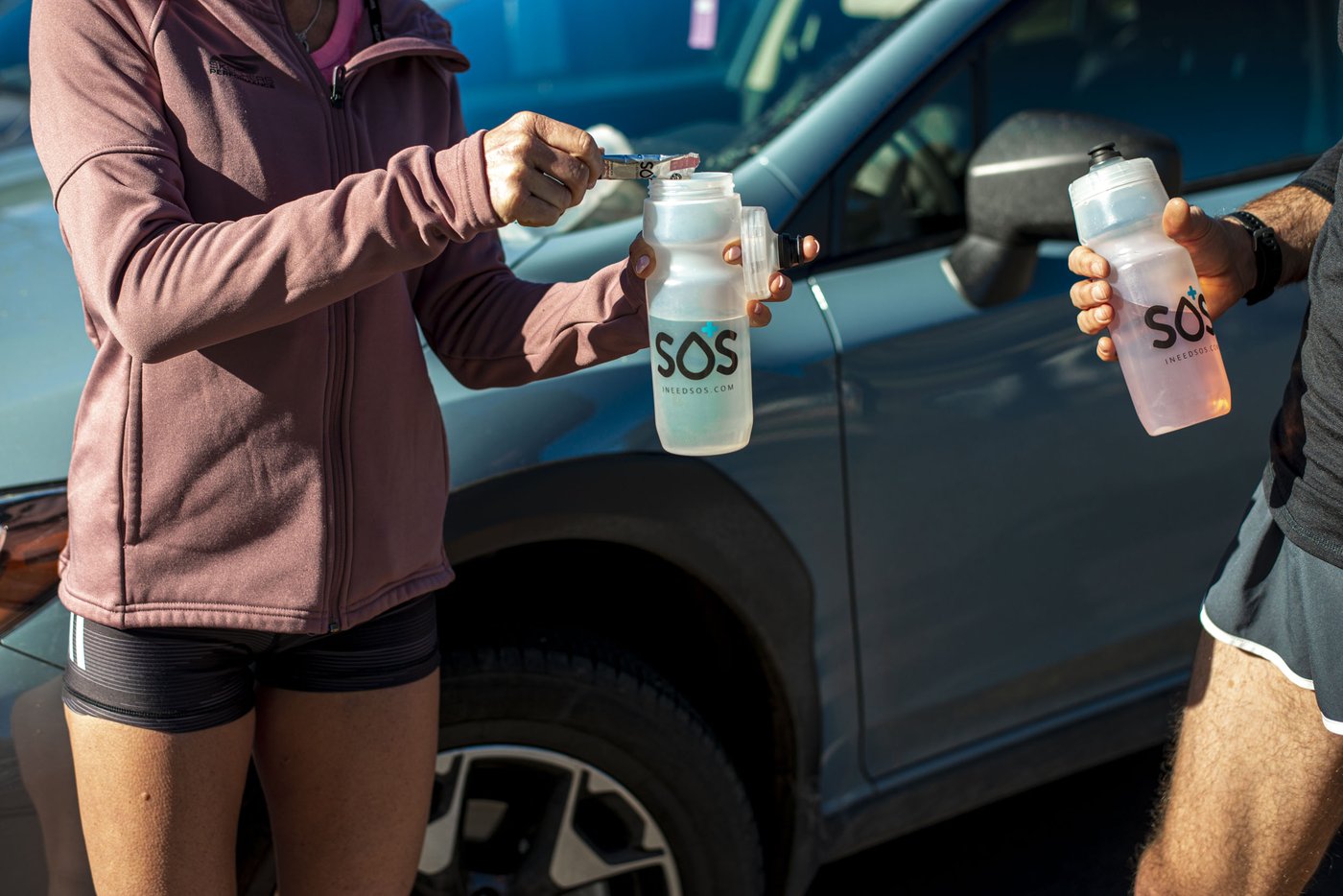 SOS Hydration is an electrolyte replacement drink mix that’s as effective as an IV Drip.  It has the fastest absorption and the most amount of electroplates on the market and that’s backed by fact not marketing spin.

Hi I’m James, one of the founders of SOS, and Jack kindly asked me to provide an insight into SOS.

Why we came up with it and why it’s good.

First off let’s go back to my early days.  I am a former England 800m runner and Army Officer.  During both these adventures I suffered from dehydration as did many people i knew. We used high sugar sports drinks. They didnt taste great and whilst good for energy they didn’t hydrate us and the tablet electrolyte drinks fizzed too much, took forever to dissolve and didn’t have many electrolytes so we were at a loss resorting to making our own concoctions.  My wife and other founder is a physician at the Mayo Clinic who started life in Mexico where she used Oral Rehydration Solutions (ORS) instead of IV therapy. ORS drinks are just like Diraolyte and were invented by the World Health Organization over 50 years ago.  SOS came to life one day in a winery, with my brother and my wife and after numerous “tasting glasses”,  discussing that we wished there was something that hydrated us when we ran.  As Blanca had treated hydration but didn’t like the taste of those ORS drinks she suggested we should look too make one of those type of drinks but make it tasty, lower the sugar, and add magnesium and zinc.  So after a year of research SOS was formed.

Did you know those electrolyte tablets are as ineffective at completely rehydrating you as orange squash.  SOS is proven to put your body back to a normal hydrated level the next day after taking it. Also many people wrongly think that sugar and hydration are the same. In fact they are two separate functions so should be treated as such. Sports drinks / carbs should be consumed separately from hydration by at least 15min.

We wanted SOS to be backed by research so we have invited universities to test SOS independently so therefore we can back up our claims and also know that what we are sending out works.https://soshydration.com/pages/the-research
I now do triathlons and as SOS is a sponsor of Spartan I have done a few virtual Spartans and look fwd to completing a real one some time in 2021 and SOS has been a real asset.  I just wished I would have had it when I ran professionally all those years ago.  I know many people don’t believe what they get told or have stuck with one drink forever so I’m not surprised if some of you are reading this and saying yeah whatever ….  Even Jack needed some convincing because we have all seen the BS marketing that is out there on other brands.  I say just give it a try at least twice and you will see a difference.

Use Jack’s code:  OCRSOS. It won’t give you wings, it doesn’t taste sugary and it won’t give you a sugar high … it will, though, dissolve quickly into your drink (not 5 min like a tablet) and it will make you keep going longer and you’ll feel better during the day and during your workout or race.

Thanks for reading and welcome to our reheated world!

How to develop confidence to perform your best

Training for High Level OCR on a Time Constraint: The “Weekly” Warrior